We all have that one anime that we talk about that it seems like no one knows and is overlooked. Well here are five of mine.

This was probably one of my first animes mostly because of it’s TV-PG rating, and the fact that is has cute little vampire girl. I had almost overlooked this anime, it had completely slipped my mind till I was making this list, but I would recommend watching it.  I found it funny and heartfelt, its not as fast paced as some other animes but I’d say the story was 8/10

Now I have not seen the anime for this but I did read the manga. And I must say it hit me hard, as someone who lives in books this was such a great main story line. I will say there is a bit of romance and it really doesn’t add to the story. But it has great characters, and great message. I would say its worth the read/watch. Story 9/10 overall probably a 6/10 because of the unneeded romance.

Now this one I really liked in my childhood. It had everything I loved at the time, a dumb main character childish humor. Everything seven year-old me wanted form an anime. And well it’s not what I love now in my life it will hold a place as one of my favorite childhood animes. Now if you like that kind of stuff in anime I would definitely recommend this to you. As a child I would have gave this 10/10 but as an adult I would say it’s middle of the road at 5/10

Oh this one brought love into my sad soulless heart. I found the story, the characters, and the art, great on this anime. It was heartfelt had real life struggles. I’m not sure how overlooked this anime is in the community, but I overlooked it to much I wish I’d watched it the first time I saw it

1. The Legend of the Legendary Heroes

I’ve been waiting to get to this one. this one is on my top 10 best anime that I’ve seen, it’s number 5. It has everything I look for in anime now, and I found it years ago! I found it to have great character development, story, and comedy. But it’s still a very serious and sometimes dark series. I would give the characters 10/10 and the story 8/10 but, it ends on a cliffhanger so that brings it down to probably a 7/10. But I still recommend it to my friends

I would recommend watching at least one of these animes. Please leave a comment on an anime that you think is overlooked! 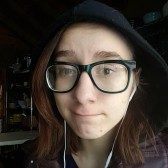