Does everyone remember the rom-com anime and manga about a love triangle between two twin sisters and their step-brother?  AKA the plot line of the KissxSis manga that was created Bow Ditama.  Well, Ditama-sensei’s new manga will be serialized in Kodansha’s Monthly Shonen Sirius magazine starting December 26th of this year.

The new manga is entitled Shougakusei wa Mama demo ii desu ka (Is it Alright if the Grade School Student is my Mother?) and looks to be just as ridiculous KissxSis is.   After all, this manga centers on a man with love troubles who meets his once-dead mother who’s been reincarnated and is now an elementary school student.

The KissxSis manga began being serialized a little over 12 years ago in December 2005 and has been wildly successful.  Hopefully, Ditama’s new work will be just as successfull and give us just as much amusement.

You can find more information here. 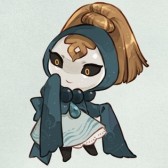